Many moments in life are challenging.  I often hear myself complain about silly things like socks on the floor or toothpaste on the counter.  But I know my life is a blessing and I have only rarely lived a truly challenging day.  I know those days have helped to make me a better human being so I count even them as blessings.
This past week has been a difficult one.  I gave little things the power to begin to overwhelm me.  The approach of the school year became no longer an annual event but a catalytic phenomenon heralding the end of life as I know it.  So as I was going to return a movie, which I had used as an escape from my seemingly overwhelming life, I stopped by the mailbox.  On my way I practiced what I would say to the super secret spy when he discovered I had not talked to the new superintendent about LBM's school reassignment.  I practiced telling him how I was certain that if she talked with me instead of him, I would somehow ruin LBM's chance to go to the school we had been planning and preparing to go to.  But when I opened the mailbox I saw it had arrived. 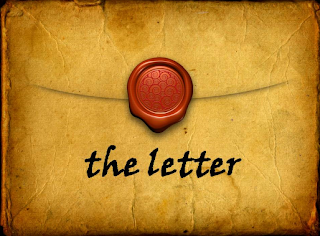 The letter.
It was the response to my written application for the reassignment.  As I read those words, "...has been approved..."  honestly tears filled my eyes and I felt 20 pounds lighter.  I couldn't believe how emotionally invested I had become worrying about what another change might do to LBM and all the great progress we have made.  I couldn't be happier that we can continue as planned and will be able to be active and involved with LBM's school.
With only a handful of days to go before school starts, there's lots to do to be ready to this milestone and then, well and then I guess I'll be left with nothing to stop me from remembering that there are days, those few days that are really challenging.  Some of those days life has just given me and some of those days I have chosen.  And one of those days is right around the corner.
THE RING
August 31st
71.1 Miles of mountains fun.
Posted by Shellyrm ~ just a country runner at 8:49 AM