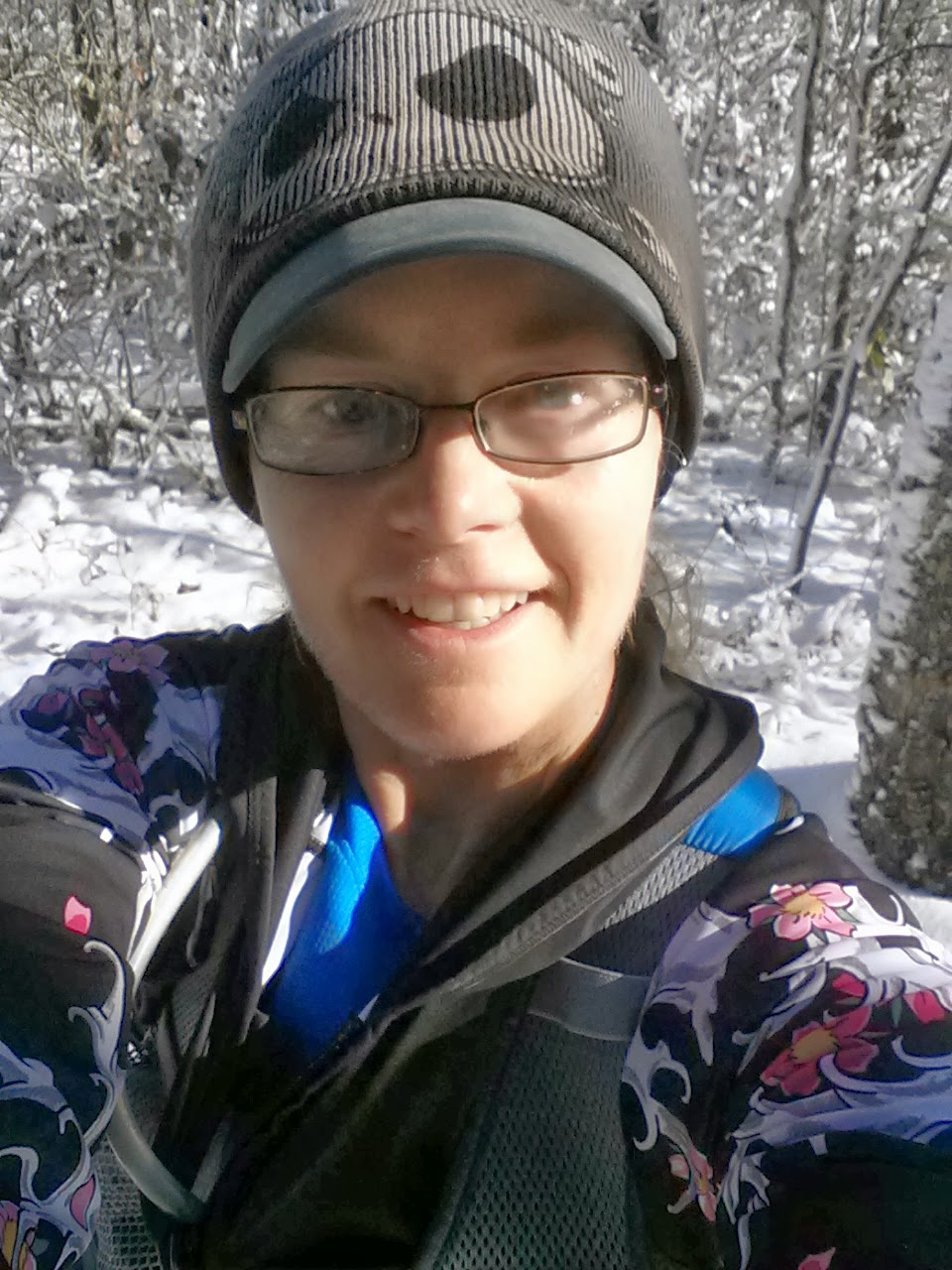 The later start of the Catherine's 8 was a wonderful thing.  With only a hour drive, meeting at 7:45 made a much easier start to my day.  However I wish I had used my extra time to check out the temperatures.  I arrived at the 211 parking lot with plenty of time to spare but with a little less on than I would have liked for the incredibly low temps.  After rummaging through my car I finally found a hat which I hoped would help hold in a little heat through the miles. 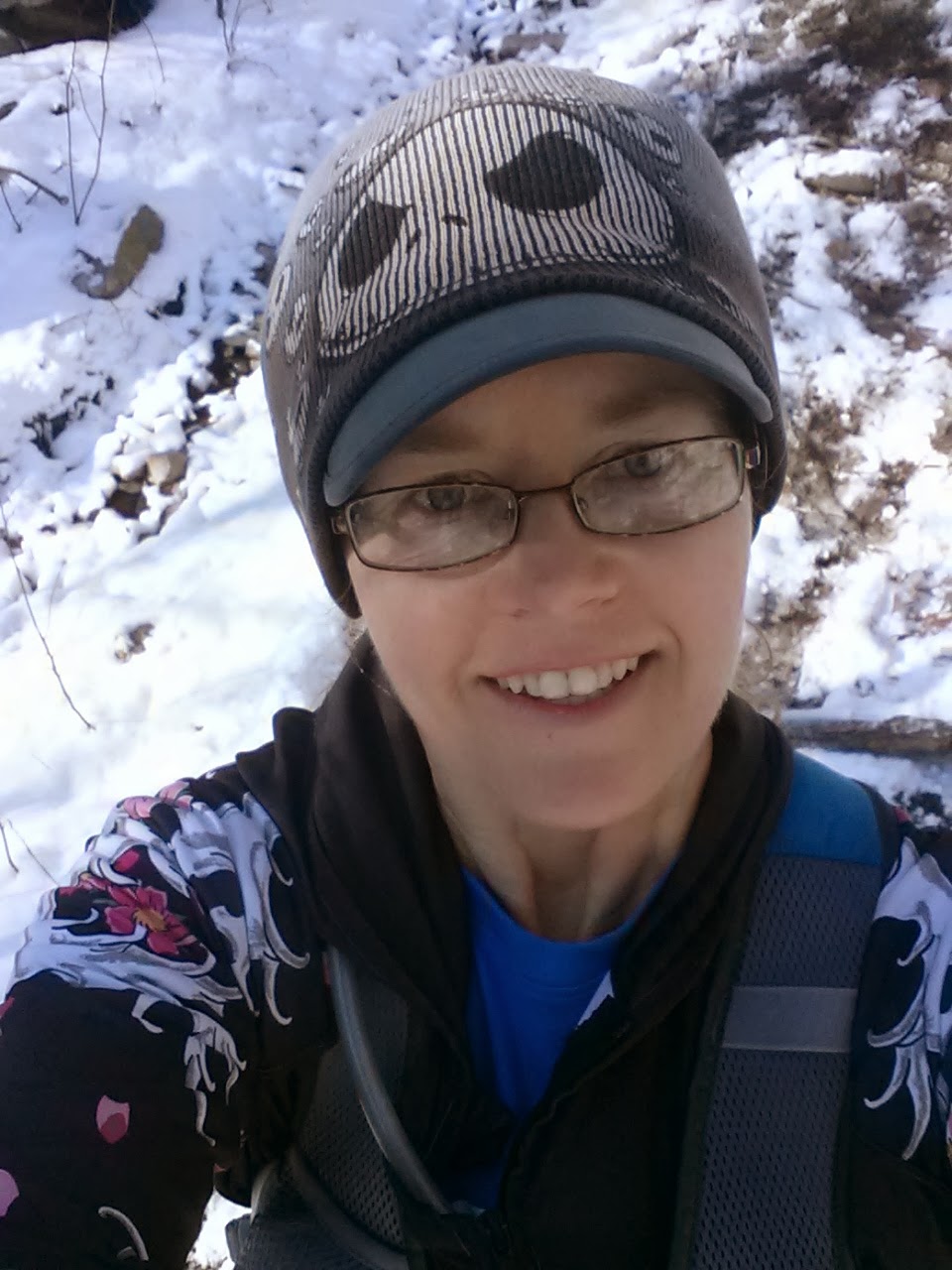 The course was a figure 8 with a twice visited aid station in the center.  There would be plenty of climbing to allow me to enjoy the beautiful views although I didn't indulge in as many photos as I wanted to take.  I needed to keep moving to stay warm. The course also offered far more water crossings than I had expected but they were beautiful and largely manageable without completely soaking my feet. 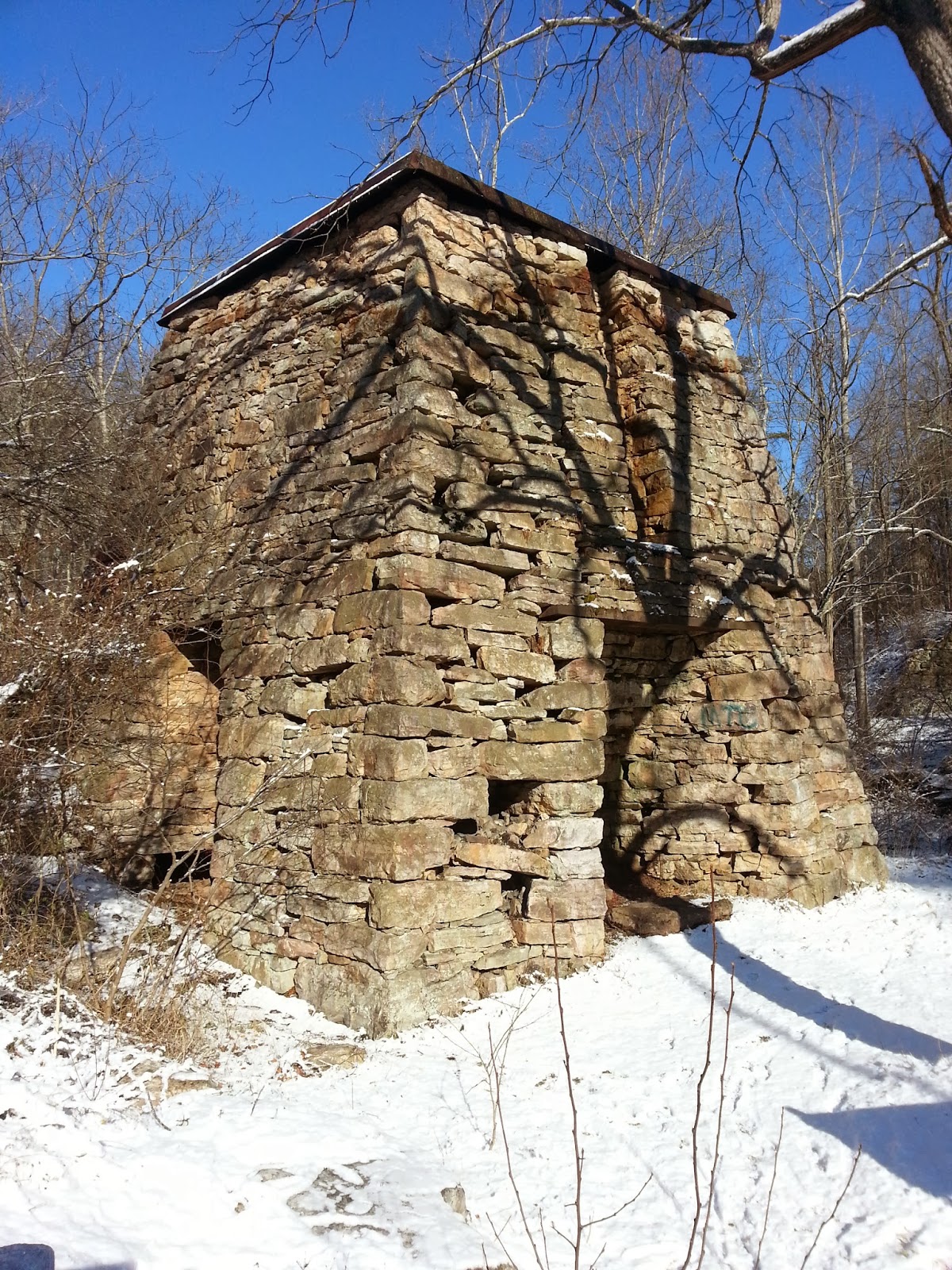 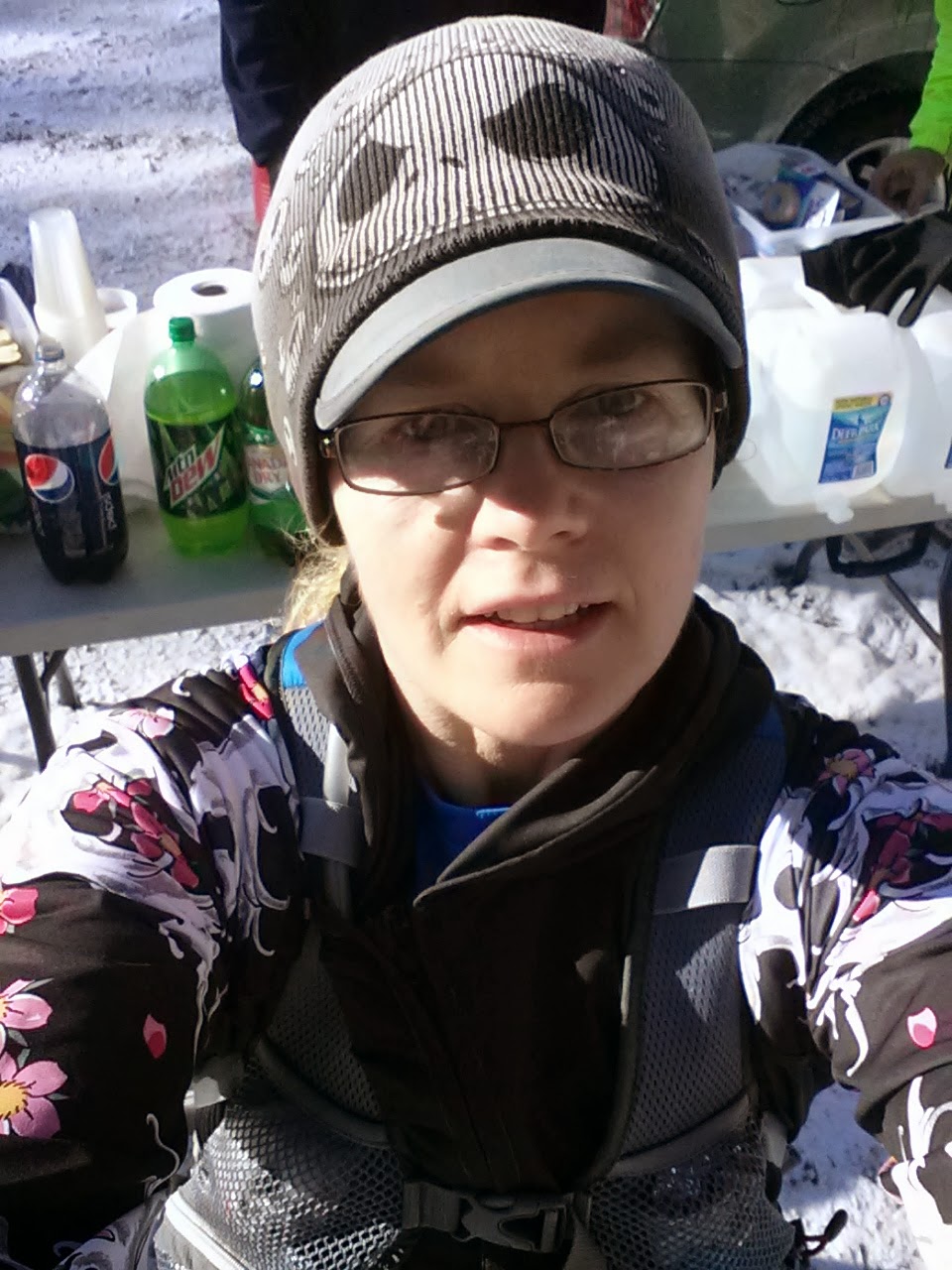 The first section left me surprised at the challenge the cold, water and climbs were dishing out. 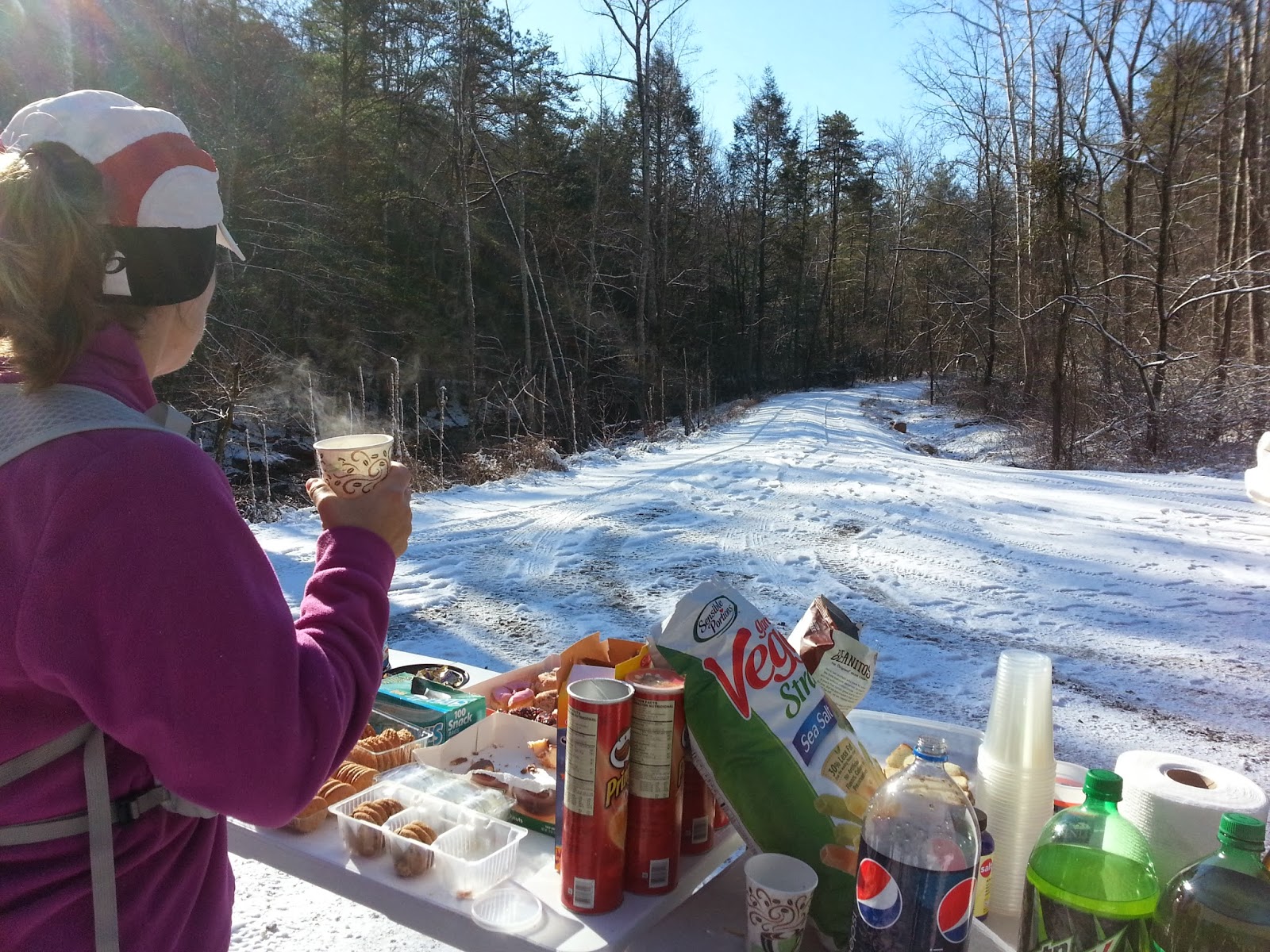 But any run with hot soup at the aid station is top notch to me. 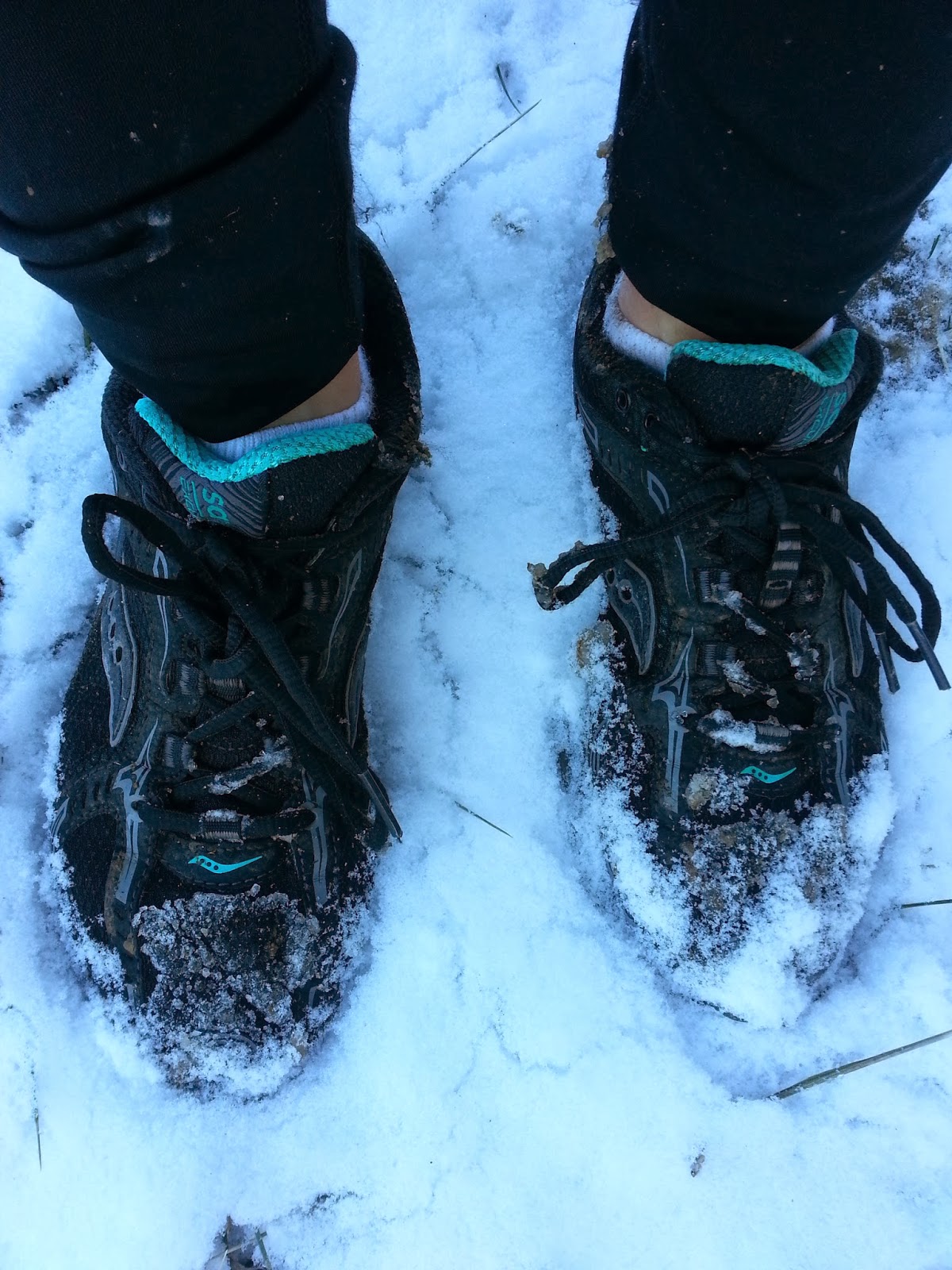 The wettest section of the run was the last section after my second pass through the aid station.  I loved the turn sheet for this event.  I never had a moment of question about where I needed to be with the clear directions.  Many times I would be on familiar trail, having run it during MMT or on a training run. 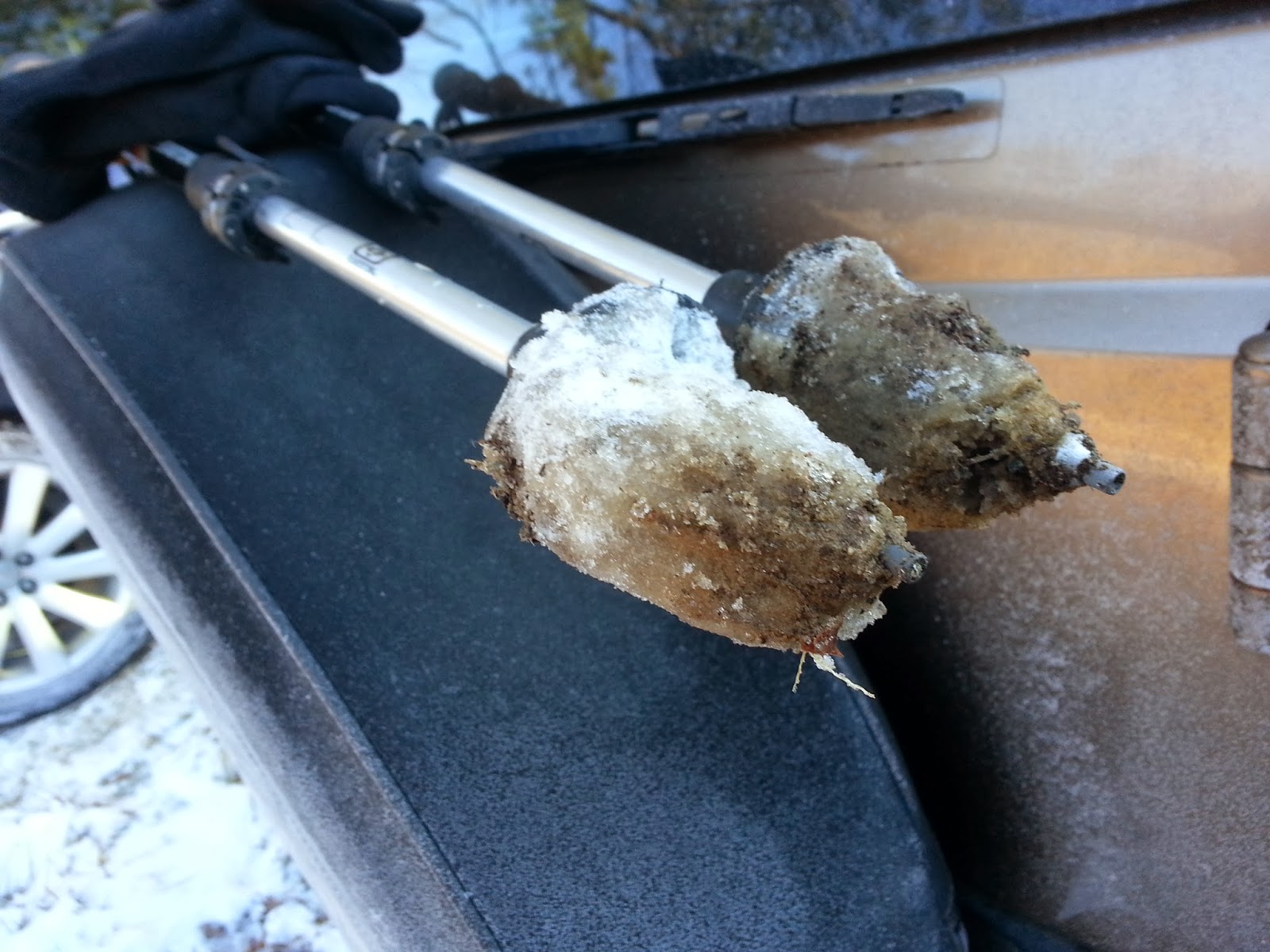 As I ran through the endless creek crossings in the low laying trail I knew that the parking lot was fast approaching.  My day in the woods was quickly coming to an end.  I knew as I finished that this will be a run I will do it again next year in the hopes that that day will greet me warmly. 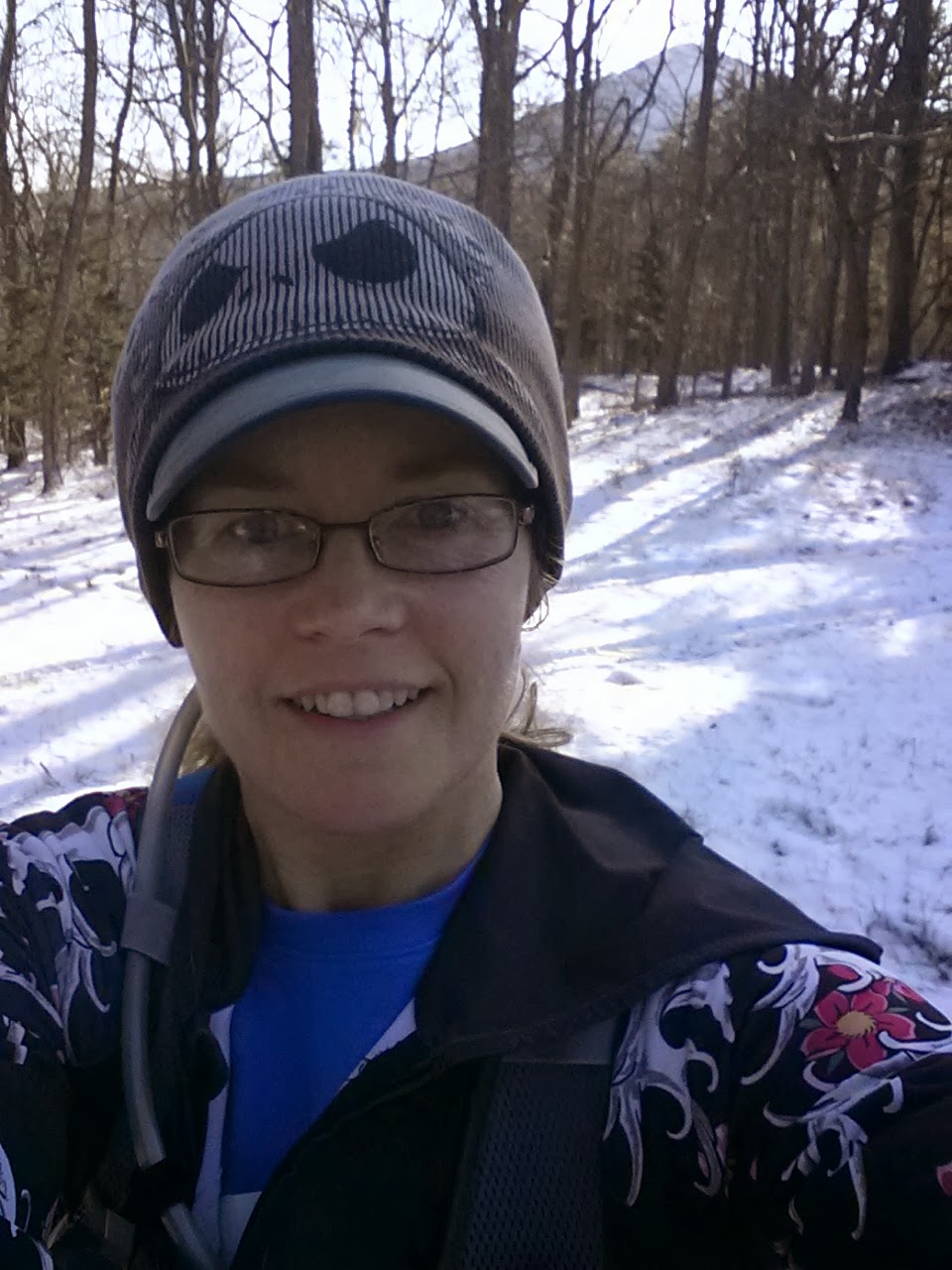 Posted by Shellyrm ~ just a country runner at 6:37 AM 5 comments: 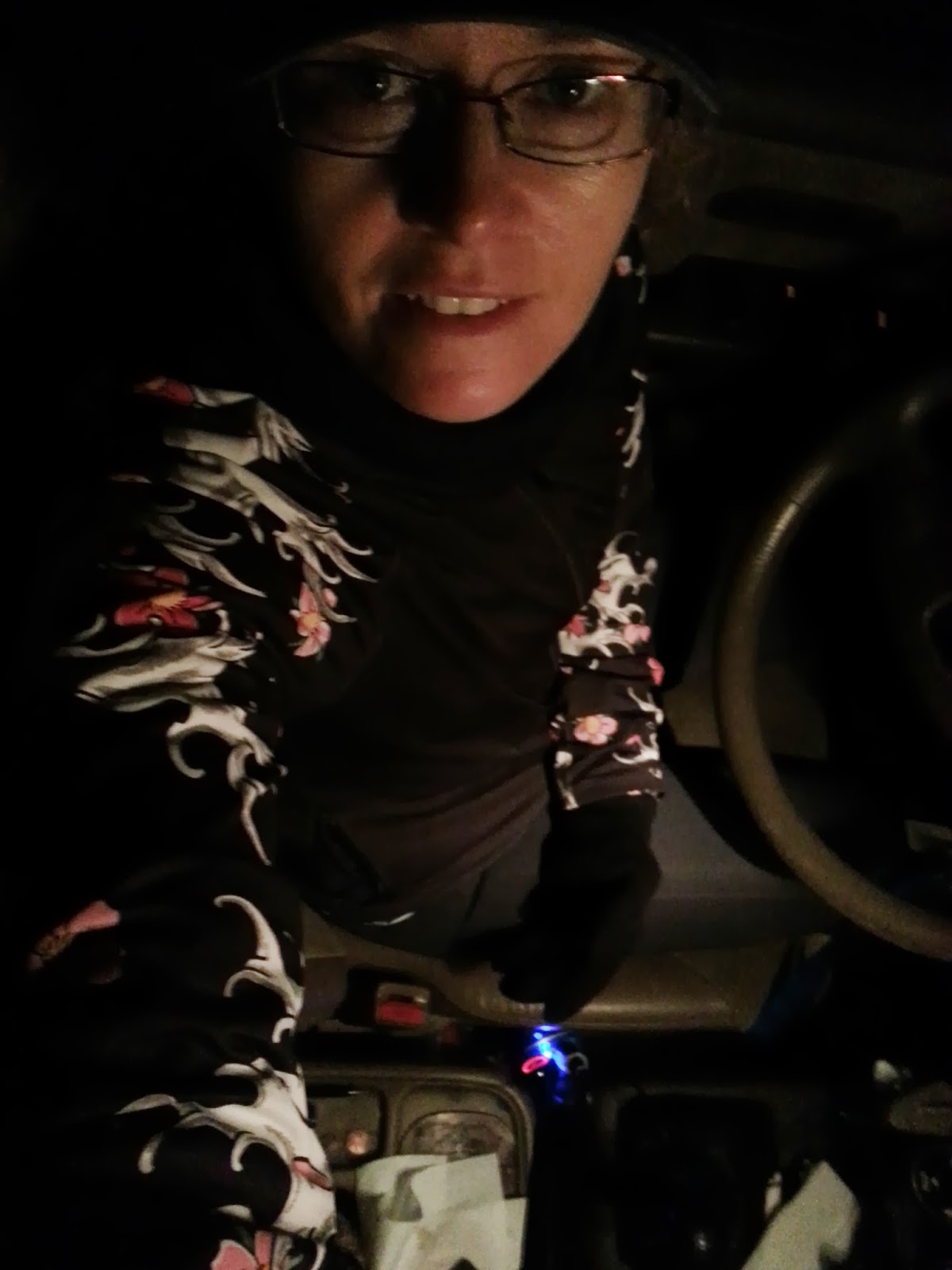 If you think you see a mix of emotions in my face you would be right.  As I woke at the ridiculously early hour to get ready and drive an hour and a half to the meeting point at the Signal Knob parking lot, my emotions were indeed a mix.  My eagerness to be on the trails was tempered by my knowledge of how tough this training run would be. 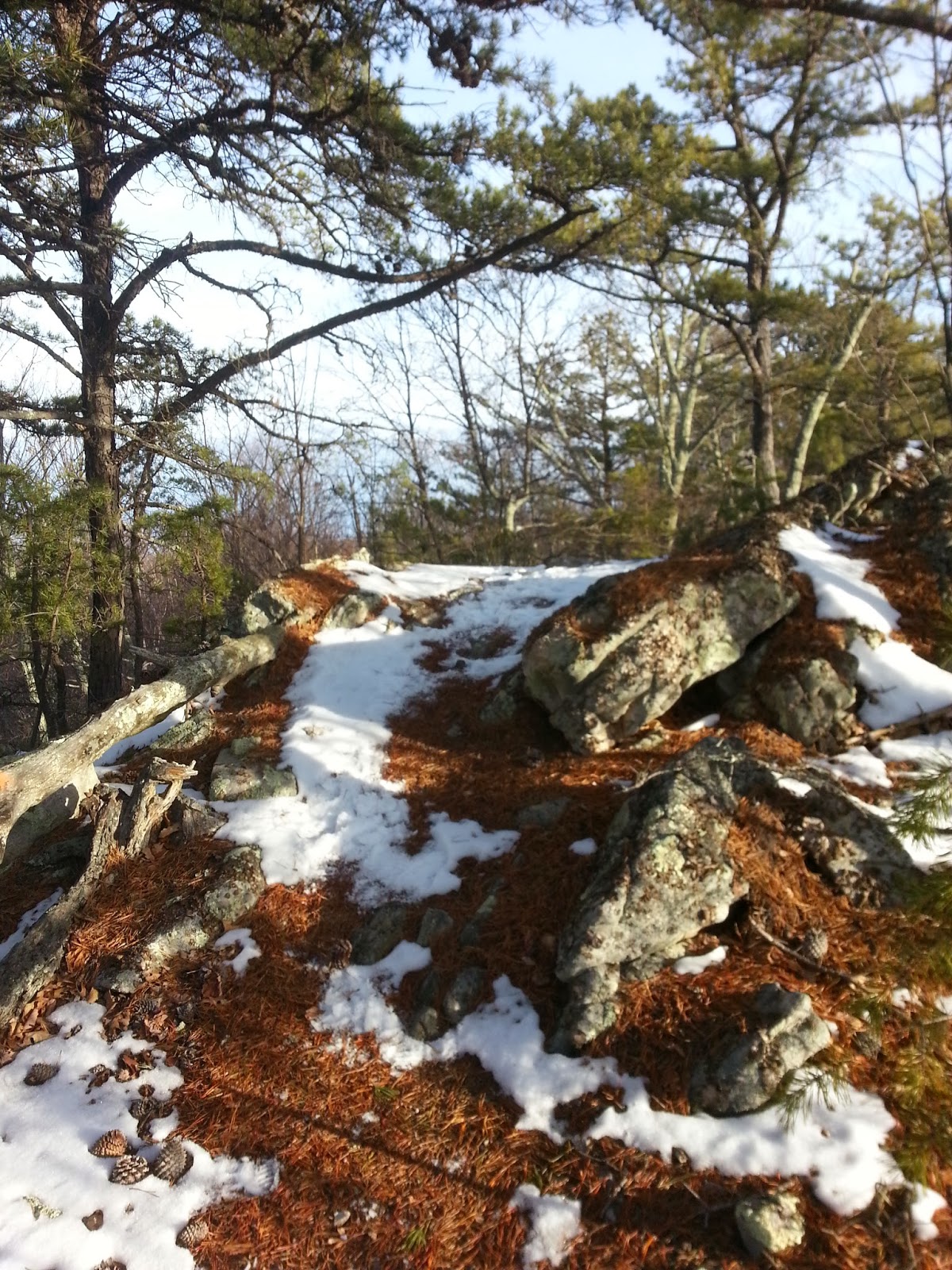 The drive was happily uneventful and I arrived at Signal Knob before 6 a.m.  Having arrived early I gathered my gear and stayed warm in my car until the run director arrived.  After checking in and dropping on my aid station supplies.  I was happy to see that Siobhan, Lisa and Mark had suffered from the same insanity and shown up to brave the snowy trails. 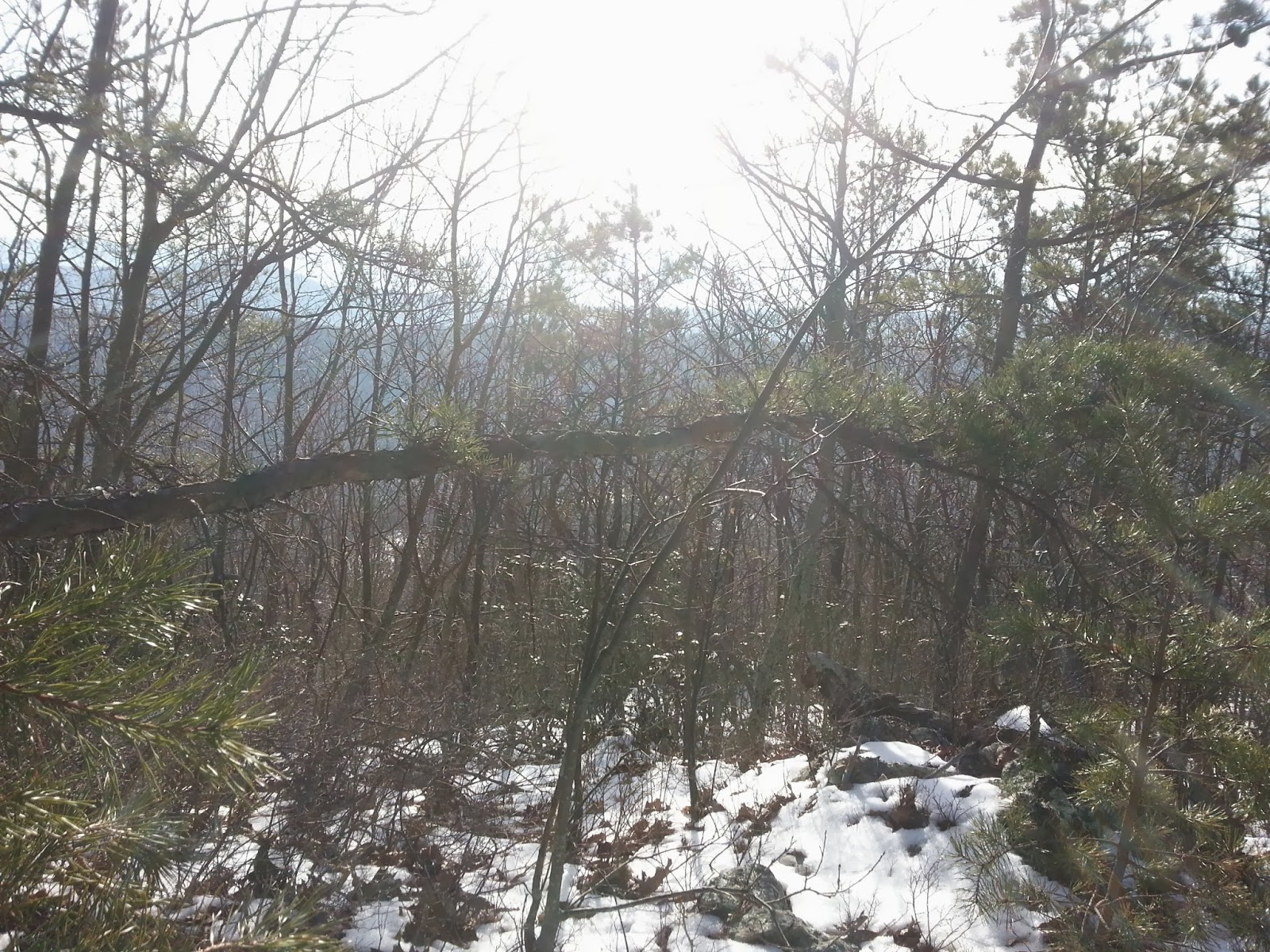 Graciously Kevin squeezed 9 of us in his van and shuttled us to our starting point at Caroline Furnace.  It was nice to talk and get to know a few other runners as the day began to brighten.  Once we arrived no time was wasted and we quickly got out final instructions and were sent up Moreland Road for the first 3+ miles of icy climbing fun.
I was not happy to see that my Garmin would not turn on.  Having last year's paces for comparison I was eager to see if "knowing" the course would help me better tackle the route.  As it would turn out, ultra running remains akin to childbirth in the what is remembered department. 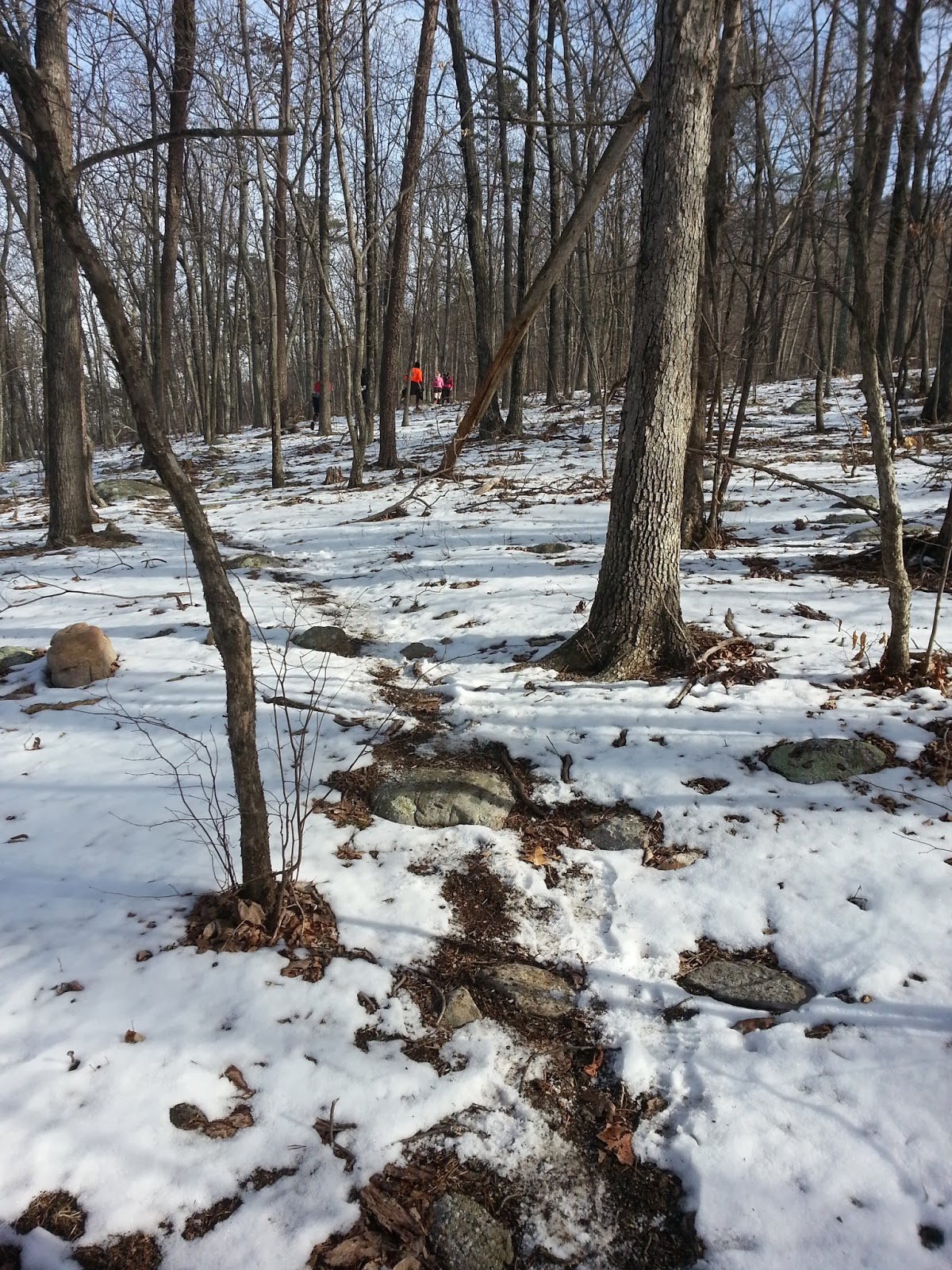 Over the first 11 miles we enjoyed the majority of the deep snow that would be on the course that day.  The trip up and over Short Mountain was made more delightful by a wonderfully dry thick blanket of snow. 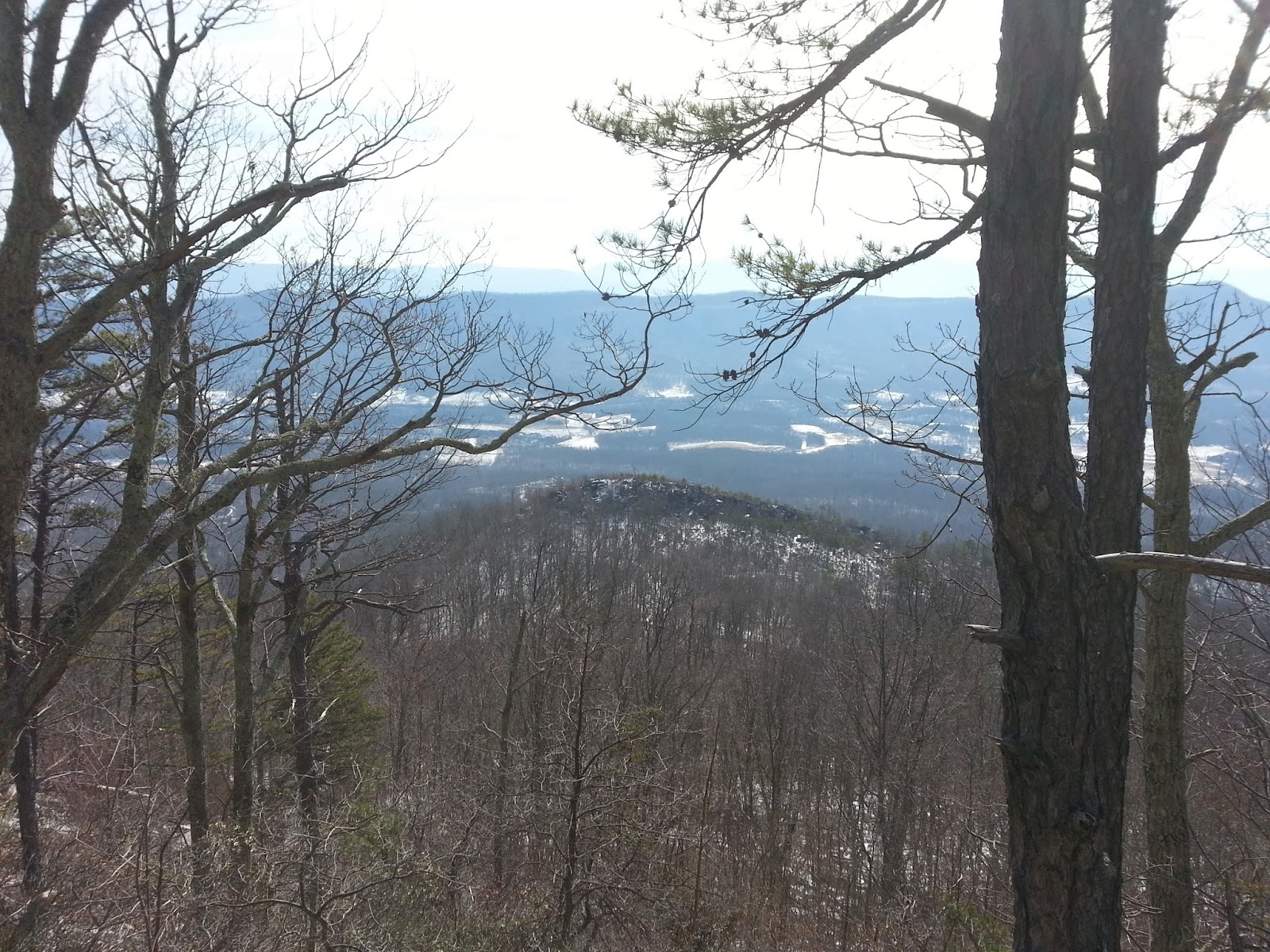 With the majority of the climbing in the first half of the run I simply enjoyed the scenery and got to know the trail brethren I happened to be running with.  Our training run happened to coincide with the day to pay for entry into MMT if you had "won" the lottery or wanted to join the wait list.  Many of my fellow runners were making decisions about whether they would be clicking that Pay Now button for MMT.  I reminded some of them that this was only the first official training run and that after spending more time on the trails their definition of challenging would be reframed. 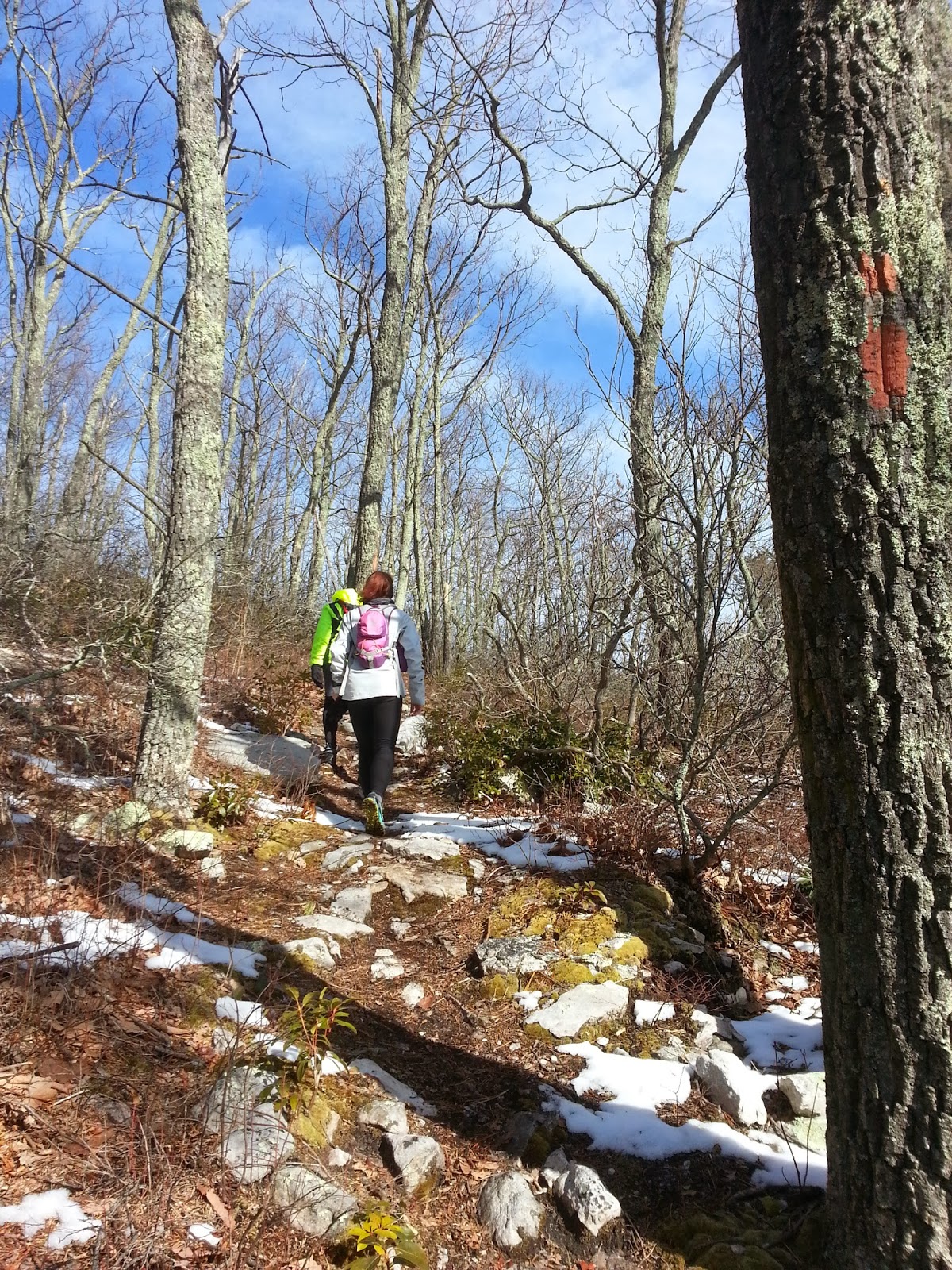 Happily we reaching the aid station at Edinburg Gap.  Quickly I refueled, said my thank you and heading back to the trail to begin the next section.  This next 8ish miles began to get warm.  While it was nice to remove some layers the melting snow and softening ground made for some greasy footing.  It didn't take long to know that I was going to have two sun burnt ears before I arrived at Woodstock. 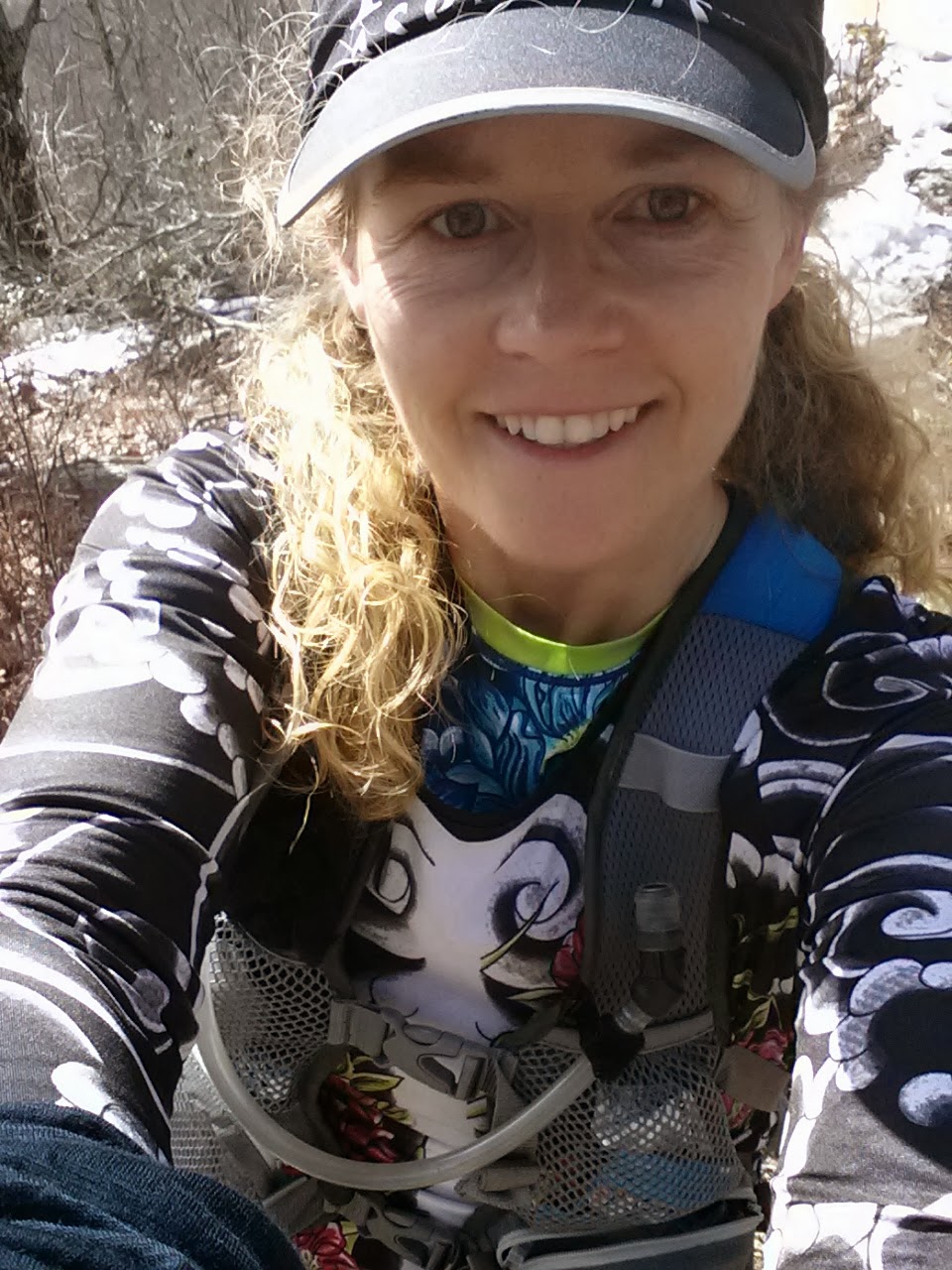 I had settled in for the most part with a group of four runners.  Through climbs and descents I would float between them.  As we made our way to Woodstock we passed several groups of runners I knew the young man I was chatting with was setting a fast pace but I held on and was happy to have pushed the effort for those miles. 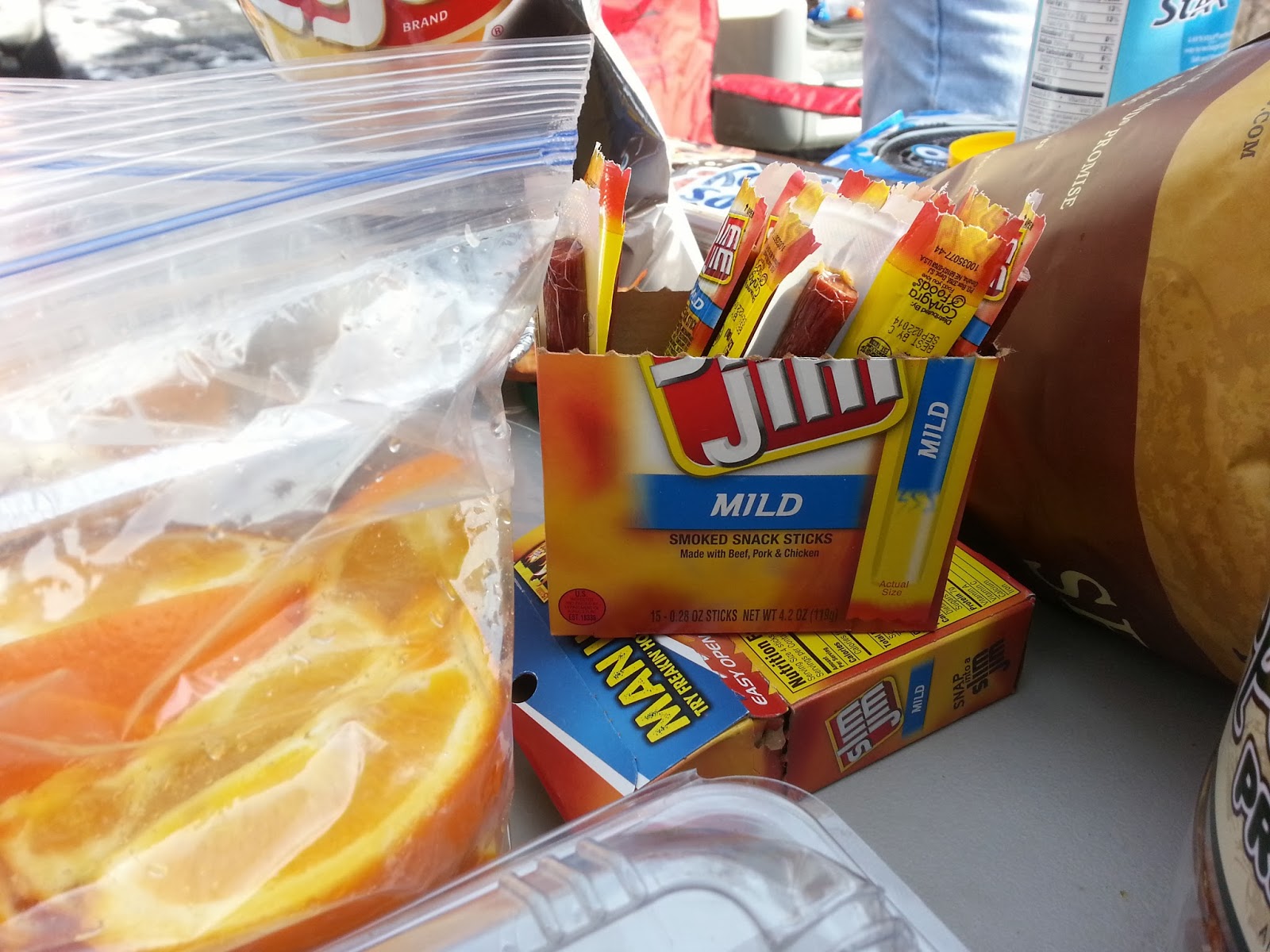 As we exited the trail we discovered that we would need to run down the road to access the aid station to check in.  As always the VHTRC supported the runners in style. 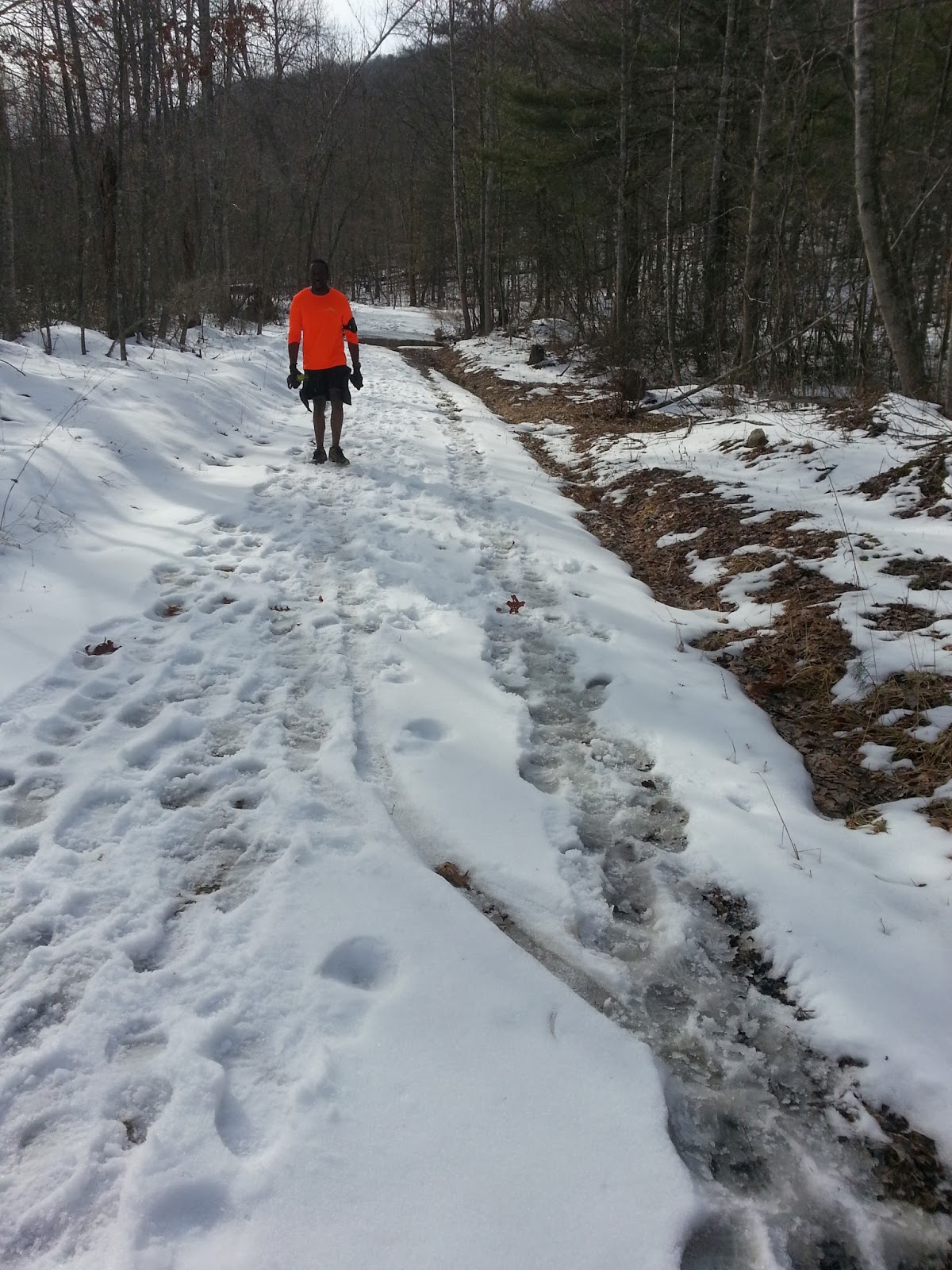 The final section seemed to go on forever.  My trail company now consisted of Alvin and Dani.  They would endure my chatter the remaining miles into the finish.  Often as was made our way I would have to double check the turn sheet simply because I felt like we were on one particular section too long.  This section, although not technically as hard as some, was a reminder of just how mental MMT can be.  After what seemed like 10 miles we were finally off the orange trail and turning right onto the blue trail.  I hugged the blazed tree so happy to be headed back onto single track.  Then I started up the blue trail.  At first I was giddy.  I love to climb.  I wish I could do it every day, all day.  In theory.  But in reality that climb on tired legs seemed to never top out.  I would push to keep my pace up only to remind myself of the miles of downhill trail I would have once we reached the top.  I laughed at myself for forgetting this climb. 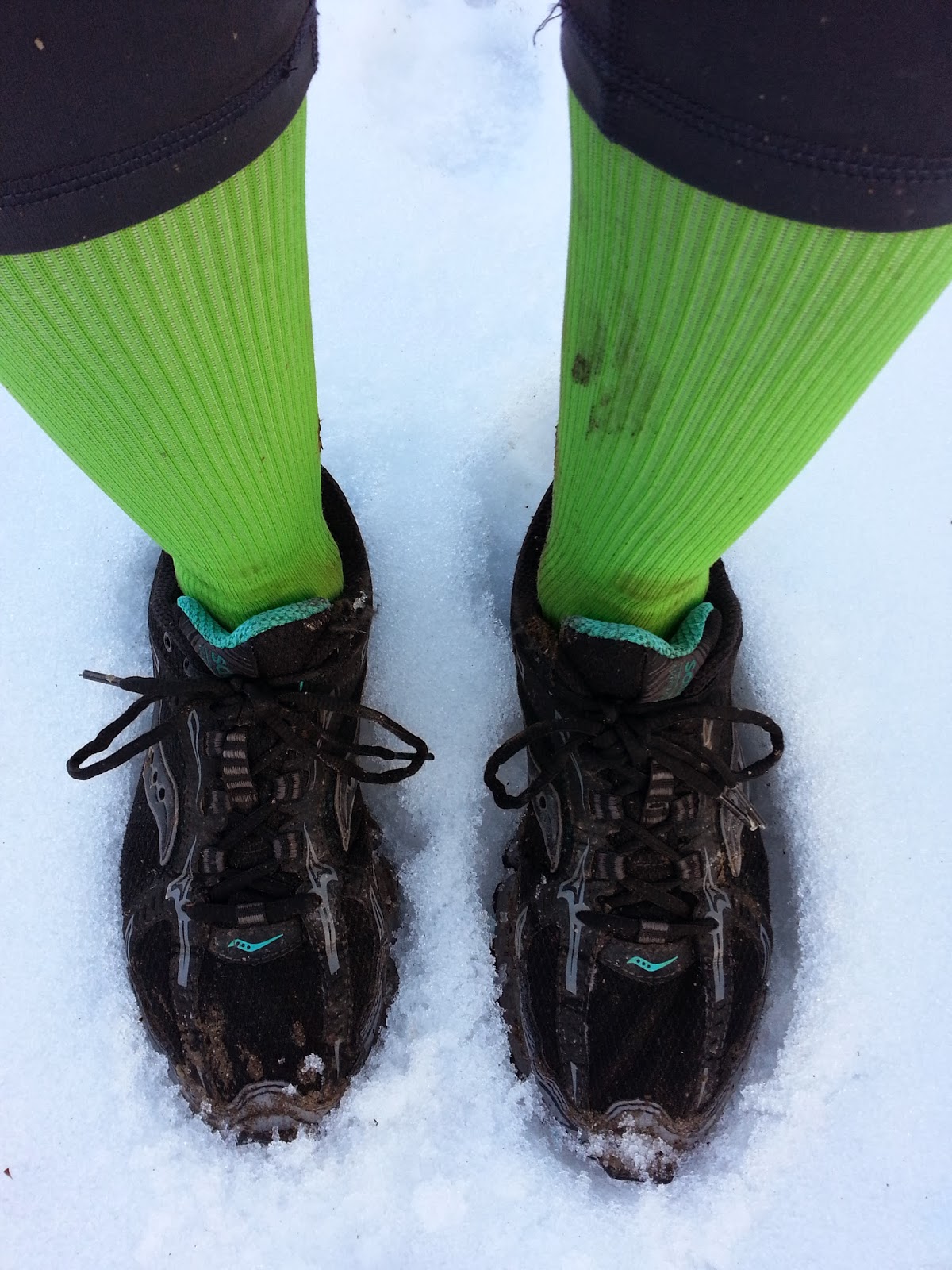 It seems that I have selective memory on the more challenging sections of MMT and the training runs.  Like a new mother remembers childbirth but the sharpness of that discomfort is softened by the joy of her new child.  MMT seems to do that to me.  I know it's challenging.  I know it is painful.  But I also know that it is uplifting.  It is rewarding.  It is amazing.  And it is something that changes you in having done it.
﻿
Posted by Shellyrm ~ just a country runner at 6:09 AM 4 comments: