A Surprise Nap and An Evening Run 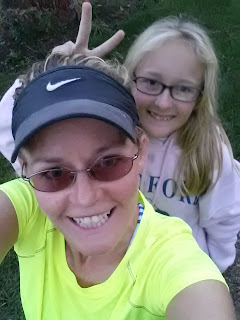 Yesterday was a GREAT running day.  It was actually a really great day all around.
After school drop off for S'ghetti Girl, LBM fell back to sleep which meant I got to have a cup of coffee in peace and quiet.  Rare.  Then the super secret spy called and asked if I could drive our other car to the garage and then we'd all go for lunch.  Score.  Lunch out.  So I did what any normal mom would do with an unknown amount of time while a little one naps.  I jumped on my treadmill and watched some Netflix.  For almost 12 miles.
LBM hadn't slept well the night before so I was glad to have him nap now even though I knew it might he wouldn't take his usual jogging stroller nap.  After get caught up on my show and running in one place, LBM and I met the super secret spy, dropped off the car and headed off for lunch.
We went to a place called Which wich.

It was a decent sandwich.  LBM got a strawberry shake.  It was very strawberry but in a overly sweet kind of very not in a real strawberry flavor way.  So I don't know if it is worth a repeat visit with a Five Guys 12 steps away.
After lunch we barely had time to come home before we had to pick up S'ghetti Girl from school.  A bit of laundry later and the super secret spy was due home.  I already knew the evening plan.  The spy was taking them to the store to run errands so that I could get outside and do whatever I wanted to do for a couple hours.  Gee, wonder what I wanted to do.  Hummm?
An unexpected email from another local runner offered the hope of company on the run however we could quite get our schedules to match up so I was out solo.  As it turned out, I was thrilled to simply be outside with nothing to listen to but my own thoughts.  I didn't have any destination in mind I just started running and ended up running almost 9 more miles and feeling great.
This is why I run.  To stay healthy enough to be able to run 20 miles in my day and still have enough energy to play with my kids when I am done.  It was an amazing day. 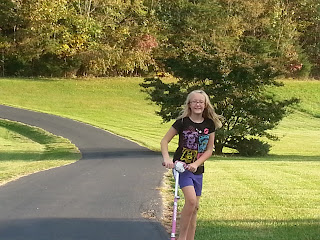 Posted by Shellyrm ~ just a country runner at 9:02 AM