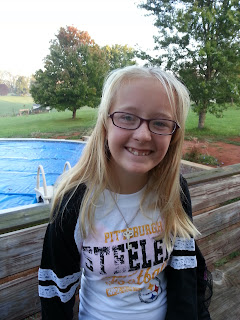 This is my daughter.  She seems innocent enough, right?  Well, I let her borrow my MP3 player for performing arts at school.  All is fine.  She returns it.  No big deal.  Then today I get the bright idea to run to a local park, allow LBM to play for a while and then run back.  Not the ideal long run but a nice way to keep both of us happy and get some extra movement in.
What?  Do you think I get to sit and talk to grown ups at the park?
Not on your life.  My park job is pushing LBM in the swing until my arms fall off.
But back to the point.  We were going to be running a longer route and the noise of the increased traffic here is driving me crazy so I decided to bust out my MP3 player since S'ghetti Girl reminded me I actually had one.


I don't think S'ghetti has seen the video but none of my flights were ever like that.
My play list does consist of quite a few kids songs which can be peppy and help quicken the turnover well that or you just wanna get done faster so you don't have to listen to a talking tomato or singing cucumber anymore.   But as I scrolled through the songs I found one of the ones S'ghetti Girl had added.
How do you do you do.
﻿ 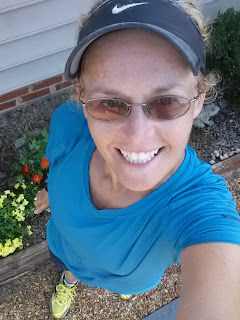 I must have listened to it 16 times.  It was so peppy.  So my daughter.  I am sure I had a smile plastered to my lip syncing face.  Yeah, the words are not really that hard to catch on to.  And I discovered that I can skip at an 8:30 minute mile.   There is little doubt that I will end up on YouTube soon from the reaction of the passing drivers.  But hey they were in the air conditioned cars driving I was out there in the heat.  A girl's gotta do what a girl's gotta do, right?  The miles flew by and I had a blast putting in one of the fastest jogging stroller runs I have had in a while. 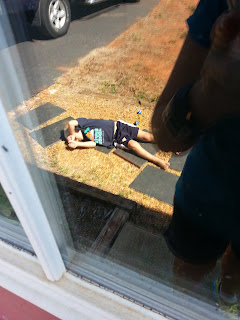 LBM, however was mortified.
So what's on your play list that you'd rather not admit to?
Posted by Shellyrm ~ just a country runner at 1:28 PM

Labels: How do you do you do, I Run Everyday, jogging stroller, LBM, running in the heat, running with music, S'ghetti girl