There I was sitting under my laptop not really accomplishing anything as the little kids played upstairs, when I got a FB message from a local friend C.  Since being in VA﻿ I have often said that I want to get more involved with the local running clubs.  I have been a member for two years.  Now that I am here more I should probably take part in some of their weekly club runs. 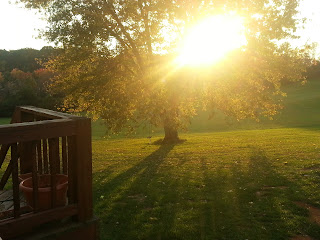 I need to get outside!
Between kids schedules, the super secret spy being away and my own laziness I still haven't made it to a single weekly club run.  I have continued in my same ole routine of jogger runs, treadmill torture and occasional solo runs.  I did however put out a plea on the club's FB page for anyone in my area who might want to run.  I was thinking that if I can first run with someone in my area I might get over my distaste for driving somewhere just to get out of my car and run.
Am I the only one who thinks that without a race that concept sounds odd?
After a few weeks, C emailed that he was new to the area and would be interested in getting together to run.  It has now been 6 times that we have tried to get together for a run and I haven't been able to get out the door.  Usually because I have the kids.  And no local sitter.

So tell me fellow mother runners, how did you find a trusted reliable sitter in your area?
Posted by Shellyrm ~ just a country runner at 9:41 AM