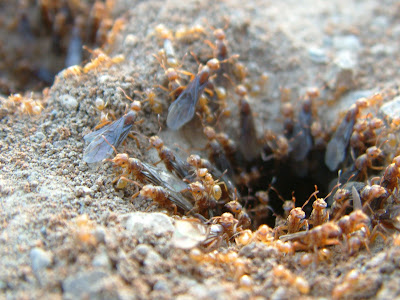 The scene on the trail after my run during the last full moon.
There are several things that happen that tell me summer is drawing to a close, some of them are probably the same for you.
The days begin to get slowly shorter.
Back to school sales are everywhere.
I feel like I have finally adjusted to the kids being home.
If I had to eat another ear of corn, I might actually be sick.  That goes for any kind of squash too.
The garden spiders have grown big enough to notice.
The flying ants start to take flight. 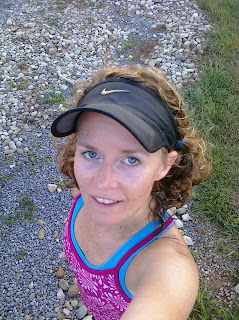 Day #95 ~ p.m. run 6.5 miles
I am usually on the road by 6 p.m. and back between 6:45 and 7:15 early enough to avoid the majority of the little buggers but tonight S'ghetti girl had to go to the dentist to follow up on her accident.
Xrays confirm that no roots were broken and all damaged teeth were "baby teeth."
Following the appointment I had 6.5 more mile to run for the day.  I really wanted to skip.  During the day I tried to round up a running partner but everyone wanted to do the very thing I was trying to avoid:
be a couch potato! 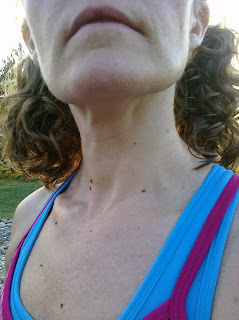 Sorry for the close up of my bug covered waddle
Thanks mostly to habit, LBM and I got on the road solo.
I gave the swarms of flying ants little thought until I hit the first one!
Let's just say, it's never good to run with your mouth open.
Posted by Shellyrm ~ just a country runner at 4:30 AM