Admit you made a mistake 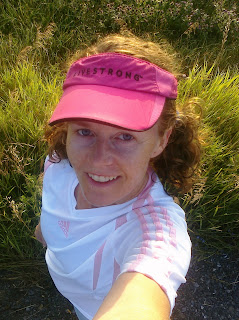 Run# 93 (3.5/28:xx) Friday a.m.
It just dawned on me.
You know how everyone is wearing capri pants?  They are not quite shorts so you can wear them to work and they're not quite long pants so you don't feel as hot.  In fact, I don't know a lady who doesn't wear them.
You, too?
Well, my moment of genius came today as I was wearing my blue capri pants.  I realized that the capri pant was probably born from some one trying to not admit that they had made a mistake.
You don't believe me? Well let me explain.
I theorize that in some big fashion house there was a designer who was sending an order of pants to their manufacturer.  In submitting the design they inadvertently wrote down the wrong length.
See my brilliance?
Not wanting to admit they had made a mistake, they claimed the new fashion was intentional.
So now we are all walking around in flood pants so that someone did not have to say they made a mistake.
So next time you are looking to offer an excuse, a reason or out right deny that you made a mistake, consider the consequences. 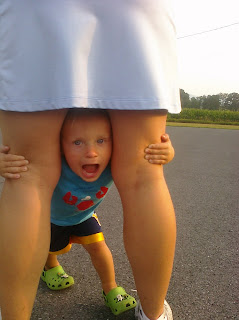 So before taking pictures of your behind becomes viral in bloggy land let me be the first to say, close up of my backside.  Maybe a mistake.
I'm just saying.
Posted by Shellyrm ~ just a country runner at 6:28 AM